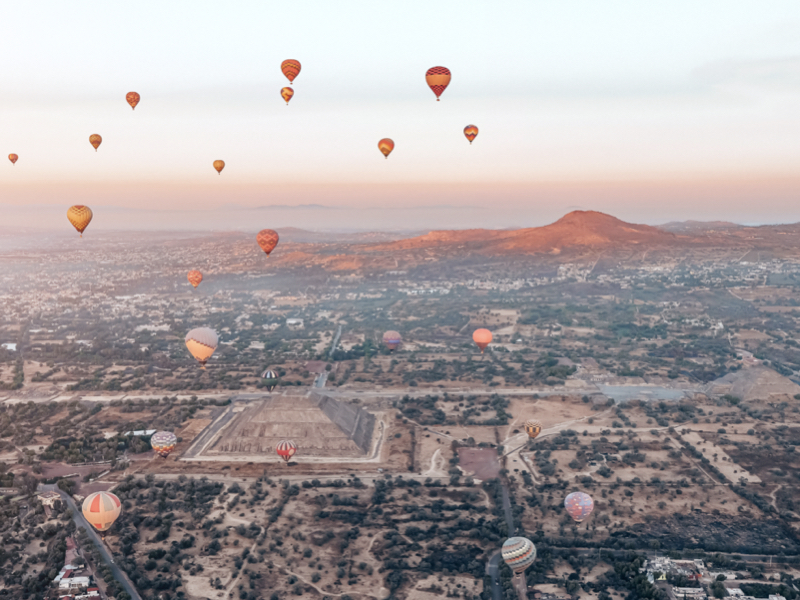 From mariachi to tequila, colonial plazas to world-renowned works of art, Guadalajara is home to many of Mexico’s most iconic symbols. Two dozen museums, more than 150 art exhibition spaces (including the Hospicio Cabañas, a UNESCO World Heritage Site housing works by José Clemente Orozco), libraries, theaters and historical buildings dating from the sixteenth and seventeenth century fill the sprawling city with fascinating cultural experiences.
Don’t miss landmarks like Teatro Degollado (Mexico’s oldest opera house), the Cathedral and the 230-acre El Bosque los Colomos, with gardens, ponds, and jogging trails.
The year-round mild climate helps make it the third most populous city in the country, and neighborhoods in the city center are some of the wealthiest in western Mexico. Guadalajara, the Jalisco state capital, is also one of the top 100 most productive cities in the world and a tech and financial hub.
The city is known for hosting big events, including the annual Festival of Mariachi and Charreria, the Guadalajara International Film Festival and the International Gastronomy Fair. And of course, the championship soccer team Chivas is based here.
Be sure to try traditional birria, pit-roasted pork, goat or beef, and a torta ahogada, a rich pork sandwich smothered in spicy sauce.

Set in a valley surrounded by the Sierra Madres, Monterrey, the capital of Nuevo Leon, is a city of contrasts. Towering skyscrapers, modern universities, the stupendous Puente de la Unidad, and several huge sport and event stadiums sit side-by-side with colonial-era cathedrals, stately government buildings, cobblestone streets and the charming Barrio Antiguo, as well as numerous monuments, museums and plazas.
Nature and adventure lovers revel in the breathtaking landscapes, waterfalls and hiking of the nearby mountains. Of note are Cumbres National Park, home to the 82-foot-high Horse Tail Waterfall, Parque Chipinque, an ecological reserve and base for the towering Cerro de la Silla and La Boca Dam, with its boat excursions. A favorite for rock climbers are the towering cliffs of La Huasteca.
Everywhere you look, nature, tradition and sophistication collaborate to create a city known for constant development and growth. Some of the biggest corporations in the world have headquarters here, and breathtaking modern skyscrapers dot the city. Superhighways and the Metrorrey rail system may traverse the city, but the Paseo San Lucia, a man-made river, winds
peacefully through the city center and is a lovely way to explore, by walking along charming pathways or aboard lazy riverboats.
Not to be missed is the Macroplaza, the biggest city square in Mexico, anchored by the 230-foot- tall Commerce Lighthouse, with its fabled evening lightshows.

A perfect storm of elements draws millions of tourists to Puerto Vallarta each year. Set on the beautiful Bay of Banderas, the town boasts beautiful beaches ringed by lush tropical jungle, a vibrant art and music scene and is a world-renowned foodie destination.
The picturesque Zona Romantica, a charming neighborhood of colonial buildings filled with restaurants, art galleries and chic boutiques, ends at the oceanfront malecon, where magnificent sunsets are the stuff of legend. When the sun goes down the fun continues, with bars and clubs serving the many flavors of the city’s nightlife.
Noteworthy excursions include whale watching (November to March), boat and snorkeling trips to Islas Marietas and Los Arcos, nature walks, birdwatching and ziplining in the nearby jungle, and on Thursday evenings, the marina’s weekly open-air market full of local artisans selling clothing, foods, jewelry and more.
Just outside the city are the Botanical Gardens, with acres of beautiful local flora and fauna. A bit further, north and south of the city, are a host of small towns and pueblos, including Sayulita and San Pancho, affording the visitor a view of a more bohemian lifestyle. 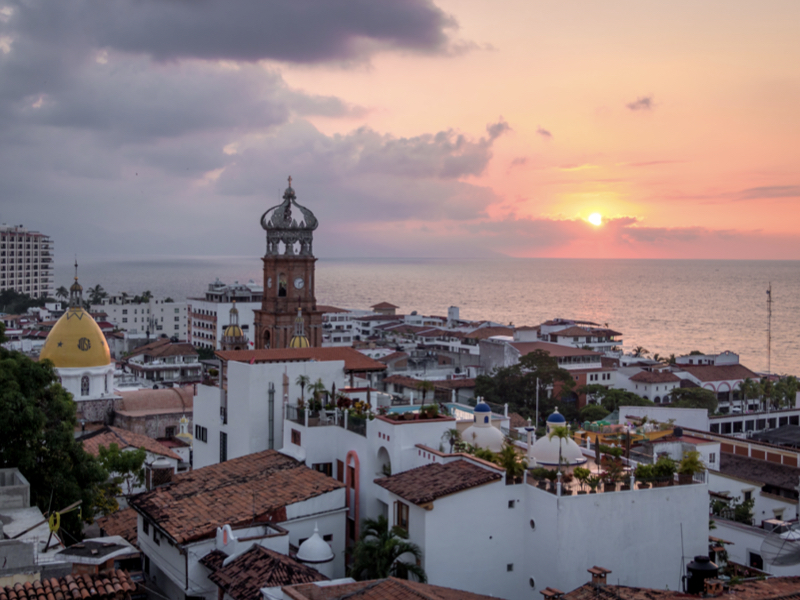 Steeped in history yet firmly in the modern day, Mexico City offers a myriad of experiences for every taste. Built over the ruins of the original Aztec city of Tenochtitlan by Spanish conquistadors, the city’s diverse cultural heritage is celebrated in its architecture, artworks, festivals and celebrations and of course, its food.
Seemingly innumerable museums, galleries, parks and archaeological sites are spread throughout the city. The gigantic Plaza de la Constitución, or Zócalo, houses the Palacio Nacional, decorated with murals by Diego Riviera, the gorgeous baroque Metropolitan Cathedral and the 13th- century Aztec Templo Mayor.
Every Sunday, in the elegant Art Deco Palacio de Belles Artes, Ballet Folklorico presents exuberant dance performances. Don’t miss Chapultepec Park, with 1,600 acres of museums, botanical gardens, historical sites, and a zoo, or the floating gardens at Xochimilco, known for its colorful painted boats carrying sightseers as well as musicians and food vendors.
Foodies delight in Mexico City, and regional dishes from all over the country are served up in street carts, restaurants and cafes. The seemingly unlimited variety of tacos has been documented on a myriad of TV specials, as well as a bustling nightlife powered by mezcal, pulque and tequila. Chic, artsy neighborhoods like La Condessa and La Roma add to the mystique of Mexico City as a destination for vacation or living.
Festivals include a colossal Day of the Dead celebration—with huge floats, costumed catrinas and thousands of spectators—the Parade of Monumental Alejibres and Escénica, with dance, circus and theater performances in 20+ venues throughout the city.

It’s no wonder the Riviera Maya is one of the most popular vacation destinations in the world. Cities like Cancún, Tulum, Cozumel and Playa del Carmen are filled with upscale hotels and resorts, in the midst of lush tropical jungle and the fabled postcard-perfect, white-sand beaches and turquoise waters of the Caribbean.
At its heart are an extraordinary array of unparalleled natural attractions. This 100-mile stretch of coastline along the northeastern Yucatan Peninsula is full of important archaeological sites, ancient cenotes and Mayan ruins.
Perhaps the most well-known is Tulum, a Mayan walled city atop 40-foot cliffs, with remarkably preserved ruins. Also notable are Xcaret and the 23-acre Ek Balam, with 45 pyramids, palaces and ruins that include detailed wall paintings that provide a look at Mayan life.
Many exotic plant, animal, bird and insect species are found here that exist nowhere else in the world, and ecological preserves like the Sian Ka’an Biosphere Reserve offer glimpses of these natural treasures. Its 2,500 square miles of unspoiled beauty are crossed by numerous freshwater canals and lagoons; guided excursions are available. Xel-Há Park, set in a natural inlet where the ocean meets a freshwater lagoon, is filled with marine life and unique for snorkeling or to explore while floating along in an inner tube.
Divers enjoy the Mesoamerican Barrier Reef, a 700-mile stretch along the coasts of four countries—Mexico, Belize, Guatemala, and Honduras— home to more than 65 species of coral, 350 species of mollusk and more than 500 species of fish. Many endangered species are protected here, including four kinds of sea turtles and whale sharks.